“When men oppress their fellow-men, the oppressor ever finds, in the character of the oppressed, a full justification for his oppression.” Douglass, amazingly, summed up the history of racist ideas in a single sentence.” ― Ibram X. Kendi, Stamped from the Beginning: The Definitive History of Racist Ideas in America

I want to live in a world where no man’s life is valued more or less than another’s. And it saddens and enrages me to say that I don’t believe the world is so; this HAS to change. Black Lives Matter.

I am joining @melanatedreader‘s Juneteenth buddy read for Stamped from the Beginning: The Definitive History of Racist Ideas in America to listen, to learn, unpack my privilege, to hold myself accountable in supporting change.

excerpt from Goodreads synopsis: 4.60 average rating
As Kendi provocatively illustrates, racist thinking did not arise from ignorance or hatred. Racist ideas were created and popularized in an effort to defend deeply entrenched discriminatory policies and to rationalize the nation’s racial inequities in everything from wealth to health. While racist ideas are easily produced and easily consumed, they can also be discredited. In shedding much–needed light on the murky history of racist ideas, Stamped from the Beginning offers tools to expose them—and in the process, reason to hope.

If you are looking for other reads – for children and adults – that educate about racism, antiracism, white fragility and more, please see curated lists from numerous sources below (click on image to be directed to corresponding site). There are many more resources and lists out there, I highly recommend doing some further research to expand your knowledge.

I hope you will join me in reading Stamped from the Beginning.

Purchase Links:
Find it at your local independent bookstore: Bookstore Link
The audiobook is currently on sale for $4.99 at Libro.fm
Support an indie Black-Owned Bookstore:

You can listen to Stamped from the Beginning on Spotify with a premium account:

10 thoughts on “Stamped from the Beginning: The Definitive History of Racist Ideas in America by Ibram X. Kendi Read Along” 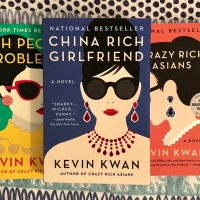